yare.io is a real-time 2-player (1v1) strategy game where you control your units (spirits) via JavaScript. You win by destroying the opponent’s base.

If you are new to yare.io, try out the Interactive Tutorial 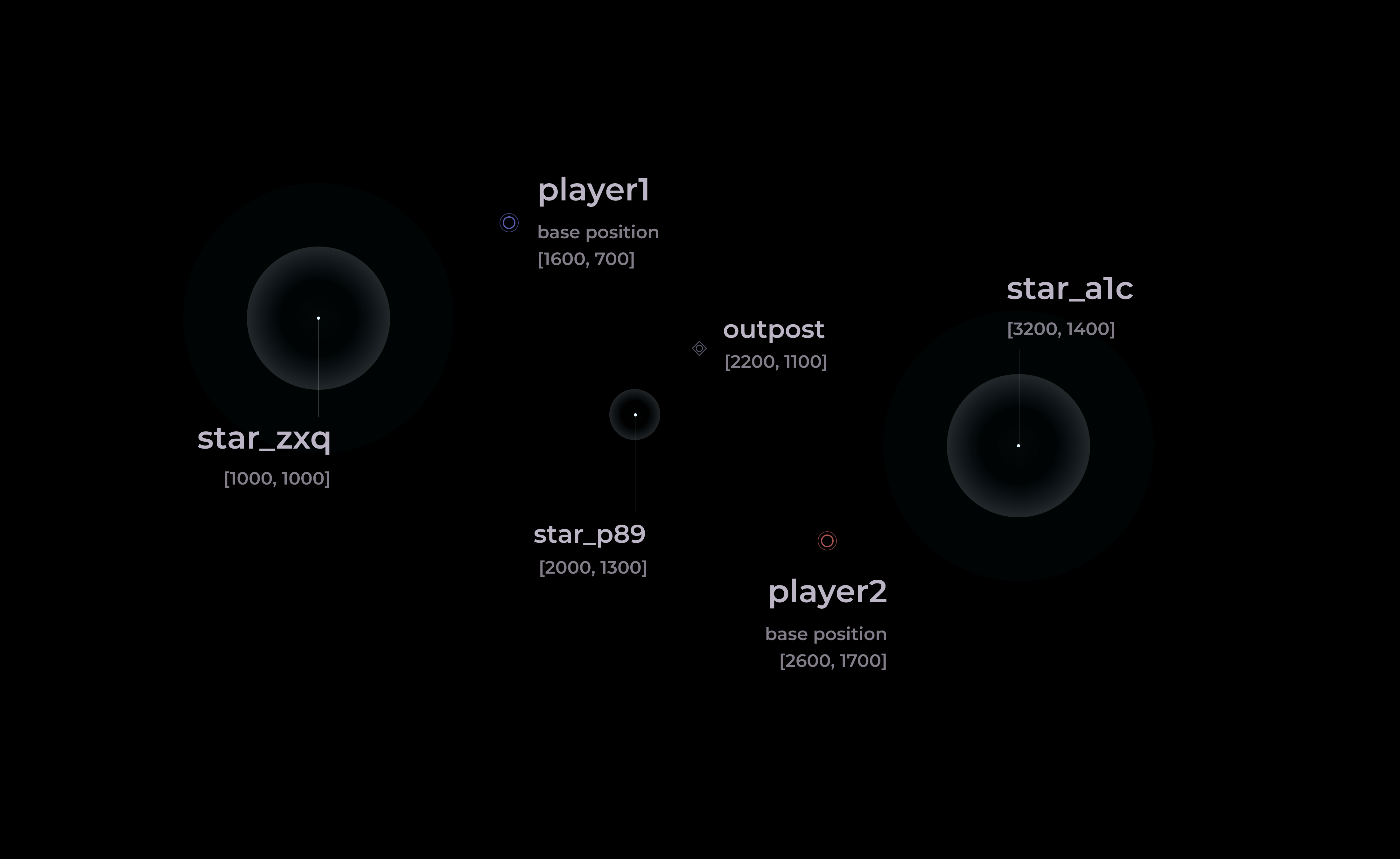 Spirits are the game’s units. They are JavaScript objects with various properties and methods listed below.

The spirits object contains all of the game’s spirits. E.g. spirits[‘jane2’] returns the spirit with id = ‘jane2’

my_spirits array contains only your spirits (including dead spirits). E.g. my_spirits[0] is your oldest spirit.

You can also access your own spirits by their id. E.g. jane2.position, but that’s highly impractical in the real game outside of the tutorial.

Transfers (1 × spirit's size) energy unit from itself into target. Max distance of the energy transfer is 200 units.

If target is an enemy spirit or a base, the target takes damage (loses energy) equivalent to (2 × attacking spirit's size)

If target is the same spirit as origin, the spirit will attempt harvesting energy from a star.

If a spirit or base has negative energy at the end of a tick, it will die.

Merges a spirit into another friendly spirit. Target needs to be within 10 units radius.

Divides spirit back into all the spirits that were merged into it.

Spirit explodes, killing itself and dealing 10 damage to all enemy spirits within 160 radius.

Shows a message above the spirit as a light-weight in-game communication. Useful for some debugging as well.

Updates the mark property of the spirit. That can be useful for e.g. marking which spirit is doing what

All instances of a method are executed together for both players every tick on the server in the same order as the table above.

First, all energize() methods are calculated, then all movements, then all merge() and so on. Except for explode() that happens together with energize().

E.g. if two spirits of the same size and with the same amount of energy are attacking each other, they will die at the same moment.

Base is the birth-place for new spirits, automatically generating new spirits when it has enough energy. If there is an enemy in its sight, the base stops producing new spirits, keeping all energy to defend itself.

The base won’t generate new spirits if there is an enemy in its sight (400 radius). It will keep all incoming energy from friendly spirits (until it reaches its energy_capacity) to defend itself.

The base's hp decreases by 1 every tick it doesn't have enough energy to defend itself while being attacked. The game ends when the base's hp reaches 0

Neutral structure in the middle of the map that provides strategic advantage for whoever controls it by automatically shooting at enemy targets within its range.

Who controls the outpost

The player that first sends energy into the outpost takes over its control. The outpost then automatically uses this energy to energize a random target within its range. Enemy can energize the outpost — e.g. my_spirits[0].energize(outpost) — to reduce its current energy (same way as if it was a spirit).

Once the outpost’s energy reaches 0 (either by using up all of its energy to attack or by the enemy damaging it), it becomes neutral again, available for any player to take control over it.

If both players are trying to take over the outpost’s control at the same time, the player that sends more energy takes over it.

Energy is the only resource in the game. Spirits harvest it from the stars, use it to create new spirits, transfer energy between themselves and attack with it.

Stars are the source of energy. Every tick (1 tick = 600ms), a star generates 2 energy + 2% of its current energy (rounded to a nearest integer)

The star in the middle of the map – star_p89 – starts generating energy after the 100th tick.

All “movement” of energy in the game is done via the energize(target) method. See the Spirit methods section.

Yare.io was made by Vilem Ries, jm and Vendan. Feel free to reach out over Discord